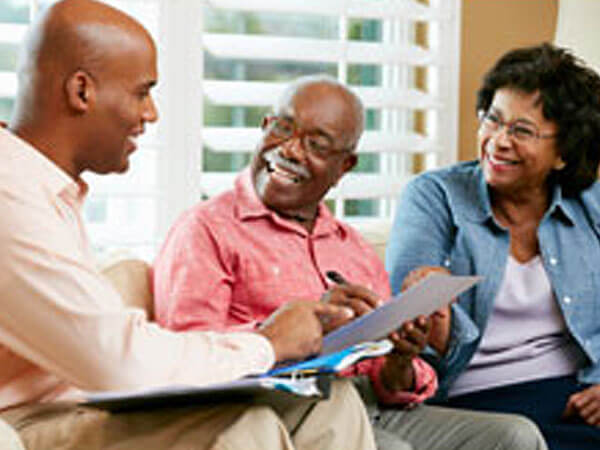 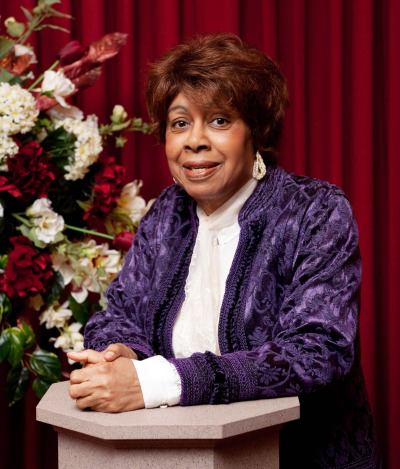 Mildred E. Hunt was born on October 20, 1930 in Winter Park, Florida. She received her formal education in the Florida Public School System and graduated from New York City College in 1951. Mildred married Kenneth Ware at the age of 19 and from that union had three daughters.

In 1953 Mrs. Hunt was employed at the Strang Clinic in Manhattan, NY. One of her primary responsibilities was the management of all administrative functions within the Oncology Department. Her position and duties within the Clinic were unprecedented for a young black woman in the 1950s.

Mrs. Hunt was a compassionate, exceptionally bright well organized manager.  She received constant praise from her superiors for her excellent leadership skills and efficient operation of the department.

She remarried in 1963 to William Simms and relocated her family to Asbury Park, NJ. Several years later William Simms passed away. Mrs. Hunt’s outstanding job performance at the Strang Clinic served her well when she applied for, and won a similar position of greater responsibility in 1964 at the Monmouth Medical Center Oncology Department. The appointment to this new management position was another rare achievement for this young minority female.

Mildred married James H. Hunt, Sr. in 1986, and later that year resigned her position at Monmouth Medical Center. She began working at the funeral home shortly after her retirement.

Jim Hunt died in 1999 and ownership of the business passed to his wife, Mildred Hunt. She appointed Hubie Pierce, funeral director and long time employee, as manager. When Hubie Pierce passed away in 2008 she employed experienced funeral director, Nathaniel Small, Sr., to manage the business and her daughter, Xenia Ware, as Business Manager to run the day to day operations. 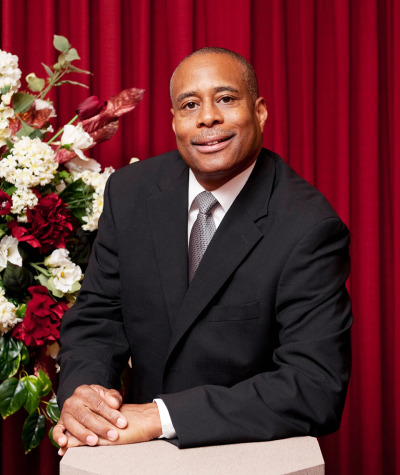 As a young adult living in Lakewood, NJ, Kevin was involved in the funeral business under the direction of his father, Nathaniel Small, Sr. He started out washing cars, mowing the lawn, delivering chairs to homes, assisting on visitations and funeral services, and did whatever was needed. Kevin found he enjoyed every aspect of the mortuary business; especially assisting families through the loss of a loved one.

He sought to make funeral service his life’s ambition. Upon graduating Lakewood High School in 1978, Kevin attended Ocean County College and transferred to Mercer County Community College for funeral service education. In 1986, he continued his funeral director’s education at American Academy McAllister Institute of Funeral Service in New York, NY. He graduated in 1987 with a degree in mortuary science. He passed both the National Funeral Service Examination Board and the New York State Jurisprudence Examination in 1988. He acquired his New Jersey Funeral Director’s License in 2010.

Kevin successfully completed his apprenticeship at the House of Hills, Inc. Funeral Home in Brooklyn, NY. He was employed there for over twenty five years. He is currently the manager at the James H. Hunt Funeral Home in Asbury Park, NJ.

He has been married to his lovely wife, Lainie Small, for 30 years. They have two sons, Crandall Small (25) a graduate of North Carolina A&T State University, and Christian Small (20) a junior attending Montclair State University.

Through the years, Kevin has always maintained a focus of helping others and has been an active member of his community. He was the former coach of his sons’ Neptune Biddy Basketball League, Neptune Little League and Neptune High School Band Parent Association. Kevin is a member of Bethel AME Church, Freehold, NJ. His hobbies include playing the drums, lawn care and watching sports. Xenia was an extremely bright student and always excelled in her studies. She received a full academic scholarship to Boston University and graduated in 1974 with a Bachelors Degree in Liberal Arts.

Shortly after graduation she worked for three years as a job counselor for the Commonwealth of Massachusetts. In 1977 she joined Xerox Corporation where she remained employed for thirty years.

While at Xerox she held positions in customer and employee education, technical sales support, major and small account sales and sales management. She spent the last six years of her career in technical product sales support and regional sales team management in the Xerox Agent Operations Group. An organization dedicated to the sales and marketing of Xerox products & services to small local businesses, and fortune 500 companies in remote areas in the United States and Canada.

Xenia’s extensive and varied corporate work history with large enterprises and small companies has provided her with an exceptional set of business skills and tools. One of her primary responsibilities in technical product support was the flawless delivery and system implementation of complex high speed electronic printing solutions in small business and fortune 500 computer centers. She has transferred these project management skills of organization, people management, meticulous attention to detail, punctuality, and customer satisfaction to all phases of the funeral business and memorial services delivery.  She believes that a sincere sense of caring should be a part of every business transaction. It is her personal mission to ensure that all interactions with grieving families and funeral service guests are handled with dignity and compassion. 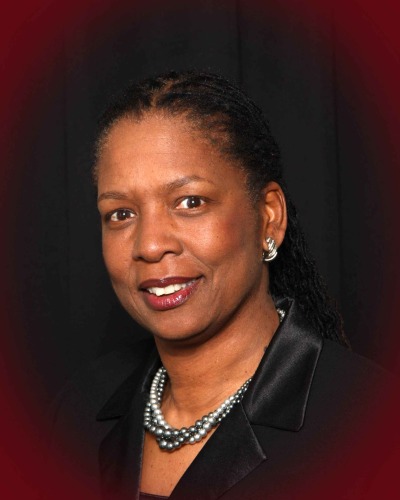 Catherine Ford was born on August 11, 1954 in Newark, New Jersey. She graduated from Marylawn of the Oranges Academy in South Orange, New Jersey in 1972, and received a Bachelor of Liberal Arts Degree in 1976 from Georgian Court University in Lakewood, New Jersey.

Catherine has worked in the travel industry for over 31 years. She was employed at Eastern Airlines in 1977 and remained there for 14 years. She also worked two years for Kiwi Airlines. Her place of employment for both companies was primarily Newark Airport. During that time she has held positions as a reservationist and various other jobs in Customer Service and Group Sales.

In 1993 Catherine decided to pursue a career in medical imaging services. She attended the Overlook Hospital School of Radiology in Summit, New Jersey and became a certified Radiology Technician in 1995.

Catherine’s extensive knowledge and experience in the airline industry helped her gain employment in 1997 as a Corporate Travel Counselor in the American Express Travel Department. She was assigned large accounts such as Chase Manhattan Bank and Credit Suisse First Boston Bank in New York City.

She later worked for 4 years at GOGO Worldwide Vacations as a wholesale operator in Parlin, New Jersey, coordinating vacation packages with travel agents, hotels and multiple airlines for domestic and international destinations.

Cathie, as she is called by family and friends, has enjoyed the opportunity to travel to the Caribbean, Europe and various vacation destinations throughout the United States. Her hobbies include traveling, swimming, line dancing, and reading novels by Sue Grafton, John Grishim, Stuart Woods, and Toni Morrison.

She is currently employed as the Office Manager of the James H. Hunt Funeral Home. 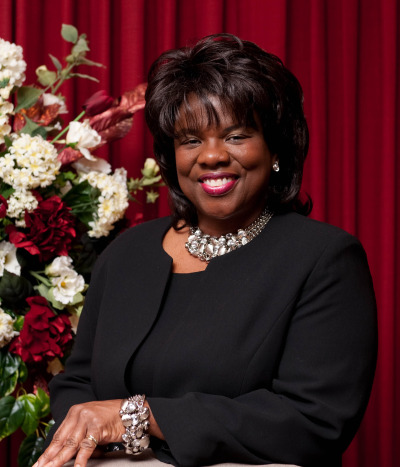 Frances L. Gray was born on April 26, 1954 in Long Branch, New Jersey. In 1972 she graduated with a degree in Cosmetology from Monmouth County Vocational Tech High School in Asbury Park, NJ. After graduation she attended Kean University in Union, NJ for a year. In 1984 Frances was awarded a twelve month scholarship to Jersey City College in Jersey City, NJ for winning the “Top Hair Stylist” competition.

Fran, as she is called by her friends and family, is known for her excellence in hair styling and makeup.  She was employed over  thirteen years in Soft Sheen Products in Chicago, IL and Dudley’s Products in High Point, NC as a platform artist, professional hair stylist, and makeup artist for high fashion magazine photo shoots, television fashion shows, trade shows, and new hair product introductions.

Frances has worked in many international high fashion shows in locations such as Paris, France, Brazil and the Caribbean Islands. She has also provided high fashion hair styling and makeup services for numerous fashion shows given by Carl Williams (Mr. Fashion) throughout the states of New York and New Jersey.

She resides in Neptune, NJ and has two daughters, five sons and three grand-children. One of Fran’s greatest concerns is the unity of the family. She is a strong, giving woman with a loving spirit and a passion for helping anyone in need. She has been an entrepreneur in her community for 43 years and plays an active role in providing numerous scholarships to children in need. Her beautiful spirit has enabled her to become a loving foster parent to more than 34 children; five of which she had adopted.

Frances owns and operates Fran’s Beauty Whirl, a hair salon in Neptune, NJ. She is the principal hair stylist and makeup artist for the James H. Hunt Funeral Home and also has a thriving business providing wedding consulting services. She is a member of the Negro Business and Professional Women’s Association, works in the Food Pantry in Red Bank, NJ, distributes free coats and hats every winter from her beauty salon, and volunteers her professional services to local area nursing home residents.

Frances is a loyal and active member of Faith Baptist Tabernacle in Asbury Park, NJ. She is a 21 year cancer survivor with a smile that lights the lives of everyone she meets. In spite of all of life’s harsh realities, Fran always offers others a welcoming smile and encouraging thoughts without ever seeking anything in return. 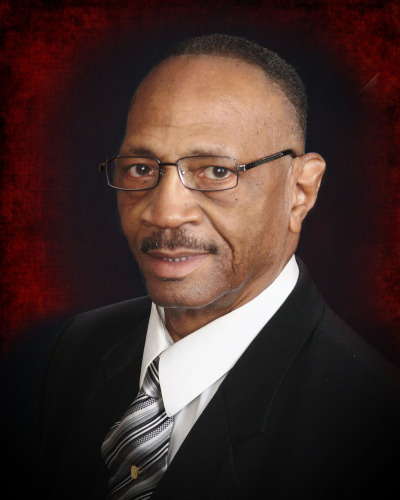 Willie “Bill” Smith, was born on April 25 1944, in Chester, Pennsylvania and is the second of seven children.  His parents, Pearlena and Willie Smith, moved the family to Neptune, New Jersey shortly after his birth.

Upon graduation from Neptune High School, he was employed by the Sperry and Hutchinson Company as redemption Center Manager. While working at Sperry and Hutchinson he attended LaSalle Extension University and studied Architectural engineering.  He also studied Accounting at Brookdale Community College, Satellite Transmission and Telecommunication at George Washington University in Washington, DC, and Real Estate at MAECOM, in Eatontown, New Jersey.

Bill joined AT&T Bell Laboratories in 1975 where he was employed as a member of Administration Group (MAG).  He was actively involved in the Affirmative Action Advisory Committee, having served as President, and Chairperson of the Summer Student Employment Program, as well as Co-Chair of the Newsletter and By-laws Committees.

Bill became a New Jersey State Licensed Real Estate Salesperson and Mortgage Representative from 1997 to 1999 employed by Tallman Realty Group in Asbury Park, New Jersey.  In 1999 he was employed by Monmouth Medical Center, Long Branch, N.J. in the Health Information Management Service department as an Analyst II retiring in 2011.

Bill has been happily married to Viola Bellfield-Smith for fifty years and has three daughters, Meloney, Theresa and Kendra; one son, Currean; five grandchildren, Joshua, Justin, Aniyah, Isaiah and Zoey; and one great grandchild, Sophia.

“I HAVE BUT ONE LIFE TO LIVE, LET ME TRY TO LIVE IT RIGHT TODAY, FOR TOMORROW IS NOT PROMISED”